Child Marriage in Ethiopia, Faces of Change: The Poor Girl

Read this article on the websites of UNICEF ESARO and UNICEF Ethiopia.

“I could help my family be free from poverty if I was educated. Not if I am married.”

Lakech* (left), aged 13, is from a poor family in the Bandani Kebele (neighbourhood) of the Dangla Woreda (district) in Amhara, Ethiopia. Her father, 55, is frail from ill health and her mother, 45, supports the family on her own.

Although Lakech’s older sisters have been educated, times are now hard. Lakech’s mother had arranged for her to be married, to both benefit from a dowry and to avoid the additional costs of Lakesh’s presence in the household.

Lakech found out about the planned marriage from school friends. She explains the impact when she found out: “I was determined not to be married. I wanted to run away, to an urban area where I would look after myself. I planned to work as a housemaid and continue my schooling. I could help my family be free from poverty if I was educated. Not if I am married.”

Lakech reported the planned marriage to Girma Demlash, the facilitator of the Community Conversation Group which campaigns against child marriage.

“I felt distrust for my parents during that time. At first my parents were angry when I reported them, as they said they had no capacity to send me to school. But we have been offered help because I reported it. So I am no longer in fear of a planned marriage,” explains Lakech.

Lakech’s mother (right) was relieved when the marriage was cancelled. “The Community Conversation Group told me about the legal consequences. I have been supported by the community since. My friends are very happy that Lakech will not be married,” she says.

The family has been able to access a UNICEF supported Revolving Fund to prevent child marriage. So-called because when funding is paid back by beneficiaries it is reinvested into the next family who needs it, so it circulates within the community. Families can start a business, make money and send their girls to school. Plus the fund gives support for education materials including uniform and clothing.

Meseret Debalkie, Child Protection Officer, UNICEF Ethiopia, says of the fund: “For the wealthy family you just have to change attitudes. That is relatively easy. But for the poorer families, if you do not offer any other life options, what will they do? You have to give them alternatives.”

Atalele Abera, 35, is a member of the Women’s Development Group and of the Community Conversation Group. Atalele says of Lakech’s cancelled marriage:

“The girl’s family received 1,000 ETB ($47) as a gift from the husband’s family, but we made sure they gave it back. I am following up with Lakesh. I didn’t trust the parents to stick to their decision to cancel. So I visited them four times in the aftermath and continue to collect information from the neighbourhood on whether the marriage plans have really stopped.”

Lakech’s mother explains that she had ambiguous feelings over educating Lakech: “I was worried that I will lose my daughters if I educate them as there are no schools nearby. My eldest daughter went to school some miles away and we have lost contact with her. So I was worried that when we face a challenge due to poverty that my other girls will do the same thing – they will leave and find a life elsewhere. 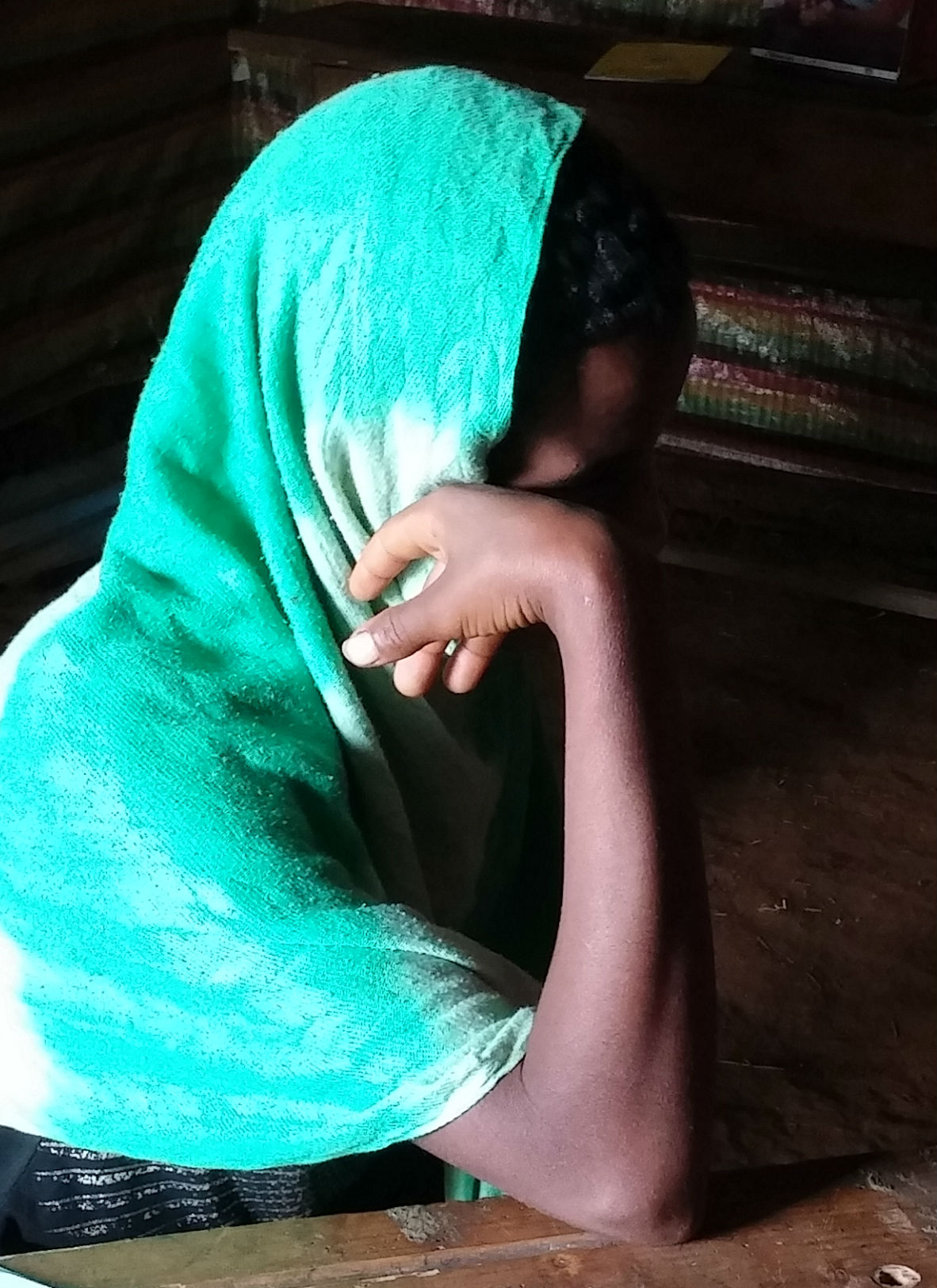 The Faces of Change series prepared for UNICEF for the Summit, profiles advocates in the community who are changing the face of child marriage in the Amhara Region of Ethiopia by saying no to this harmful traditional practice.

Read all the profiles in the series:
1. Introduction;
2. The Community Health Worker;
3. The Elder;
4. The Poor Girl;
5. The Wealthier Girl;
6. The Government Official;
7. The Mother;
8. The Priests;
9. The School Teacher.