Elizabeth has studied international human rights law and has a keen interest in its application.

She has worked at the UN Secretariat in New York and attended hearings of country reports at the Committee Against Torture and Committee on Economic, Social and Cultural Rights at the Office of the United Nations High Commissioner for Human Rights (OHCHR) in Geneva.

While at the UN in early 2003, Elizabeth watched the war in Iraq unfold as a book already written, but presented as global consultation for an author’s outline idea. This lead to her report Iraq: propaganda’s war on human rights about the illegality of propaganda used by the UK and USA.

In abridged form, this research paper was published in Communication Ethics Now, Troubador Publishing 2008, edited by Richard Keeble, and in Ethical Space The International Journal of Communication Ethics Vol 2, Number 3 2005, as Human Writes: The Media’s Role in War Propaganda. And as a paper in Peace Review Journal of Social Justice, Fall 2004, Law and War issue. 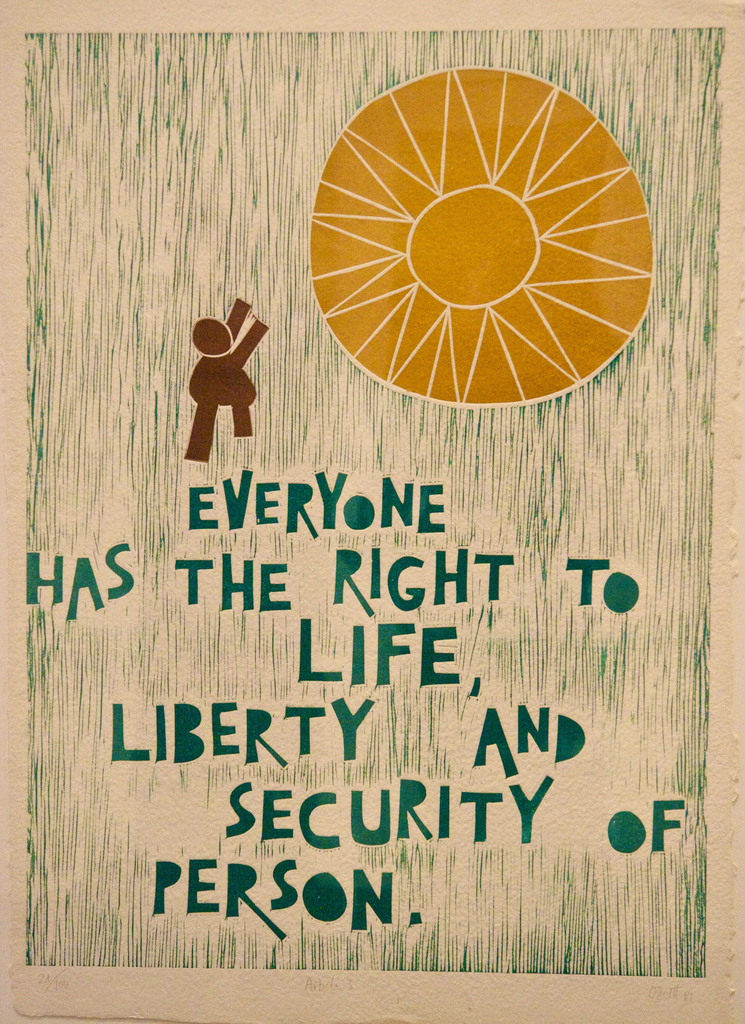 The UN now has 193 member states, over three times the number upon drafting the Universal Declaration of Human Rights.

Can it still be claimed that the UDHR represents “a common statement of goals and aspirations – a vision of the world as the international community would want it to become”. Read more.